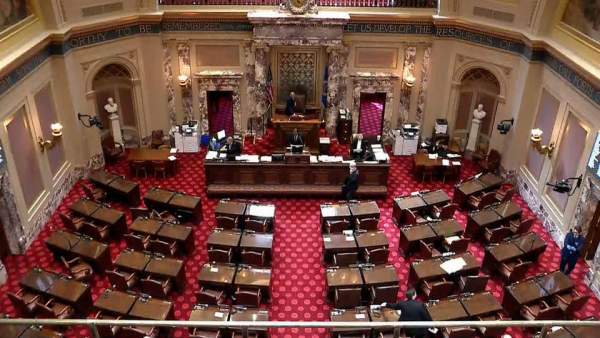 On Tuesday evening, Senate officials revealed that Anonymous is back with hacking Minnesota Computers, they now have passwords that earlier were under staff.

The hackers have targeted various servers and unveiling mysterious truth about the deeds done by the royal families and people in power.

They target Senate web pages slowly taking down the whole Senate’s website. At 6 pm in the evening, the majority of the pages were down.

The Secretary of the Senate Cal Ludeman informed the senators and other staff members about this by sending a letter.

The attackers got the success during early Tuesday and did their job slowly and smartly.

Well, it is not confirmed that this attack is somehow related to other website attacks that are going on these days.

The attack consists of mainly Distributed Denial of Service (DDOS). This type very common on the internet and this job become easy with websites having low level of security.

The Letter that Ludeman sent include this part,

“At 4:24 this morning, the Senate server was hacked and accessed for several minutes. … SIS (Senate Information Services) brought down the server as a precaution and, with the help of MNIT and the FBI, they have been able to trace what was accessed within the server, namely the Passwords File.

“The Passwords File that was accessed as well as passwords to our main database server have all been reset and log files checked to assure there is no further unauthorized access to the servers. These passwords also included the Senate WiFi password. As a result, the Senate WiFi network was brought down to reset and test as another precaution. This Passwords File does NOT contain passwords to Senator or staff emails or login accounts, nor does it have access to the server that has that information. The original website breach caused SIS staff to slowly rebuild pages as they confirmed them to be secure. This will be an ongoing process … .”

The information has been revealed by the Ludeman saying that it’s the same hacker group who breached into 10 state agencies even the governer’s office.

But it is not known that the attacks are the after-effects of the protests going on after the death of George Floyd.

Tim Walz said at the weekend news conference that the hackers are very experienced in making use of denial of service attacks. The same kind of approach has been used for breaching the state computers in recent days.