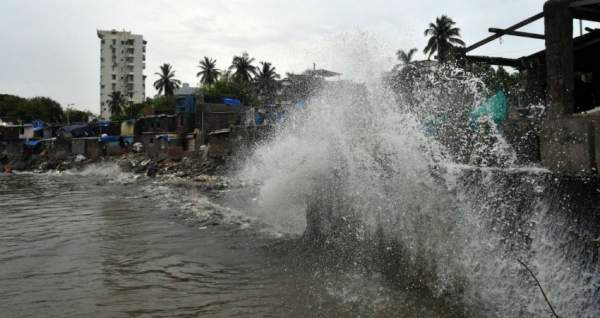 The neighboring regions of Mumbai including Raigarh and Palghar are reported to have uprooted trees because of the cyclone.

The cyclone was at 120kmph at the shore of the Arabian sea, but with evening it has become weaker and the experts are saying that it will become faded within the night.

During all of this, the Maharashtra police of Raigarh told the media that a 58-year-old man was trying to escape this cyclone to reach home fast.

But an electrical transformer was fell over this man which made him die. Another official told that 2 more people also died because of the cyclone in Pune.

The Nisarg has ruined the power system of 4 districts leaving 25 lakh people in dark for the whole night.

The senior official from the weather department revealed that the cyclone Nisarga started from the Arabian Sea with a speed of 120kmph.

And around 12:30 pm, it reached Raigarh, affected Alibagh and nearby regions. The senior official also warned that within 6 hours of time, the cyclone will reach areas having low air pressure.

Currently, it is going over the Pune region of Maharashtra.

As per the sources, the seashore regions including Mumbai and some places of Gujarat were fully prepared for this.

But it has not affected that area and the people of that region now feel safer than tomorrow. The government has taken important steps before cyclone Nisarga hits the region.

Those steps include cancellation of flights, order fishermen to empty the shore area asap, and lifeguards were prepared more than ever.

The Alibagh region of Raigarh is a small town which is 110km away from the seashore.

But still, the cycle hasn’t done much damage to the people, trees, and the electrical network.