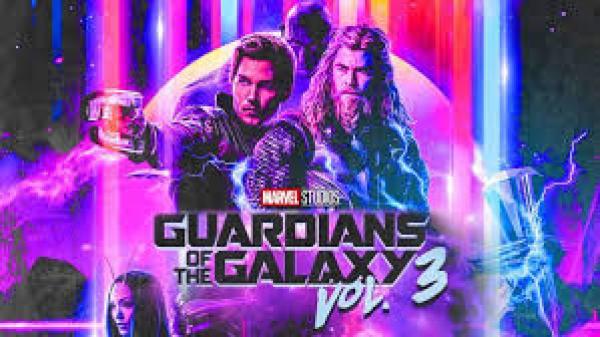 Guardians of the Galaxy 3: One of the biggest hitters of Marvel Cinematic Universe (MCU), Guardians of the Galaxy has been promised a sequel. The fans are eagerly waiting for the upcoming third chapter in the series. But, some dreadful behind the scenes had put the future of the film in doubt. (check: The Hunger Games Prequel Movie.)

So, we are here to bring you everything about the movie franchise that you may want to know like its release date, plot, cast, spoilers, trailer, next antagonist, news, and updates. Let’s start to get knowledge about the conclusion to the spacefaring saga. By now, there is enough information available.

When is Guardians of the Galaxy 3 release date?

As per a report of TheHollywoodReporter, it came into light that after Avengers: Endgame, the filming for Guardians of the Galaxy Vol 3 was planned to start sometime in 2020. It means that the movie has time to get things going. Director James Gunn said that he will first finish editing his other project, The Suicide Squad 2.

Then only, Gunn will start the filming for GotG3. The film has already suffered a delay as the director was first fired and then re-hired. However, star Chris Pratt has assured several times that the movie is in pipeline. He has promised a third movie many times now. It will wrap up a trilogy appropriately.

It should release in late 2021 or early 2022. It’s because we don’t know when exactly this coronavirus pandemic would end. The COVID-19 crisis has affected the whole world including all the tv and film productions. (check: dead to me season 3.)

Guardians of the Galaxy 3 Plot: What’s the film about?

The upcoming sequel in the GotG film franchise will pick up the future story of its prequel. It will continue telling the story of intergalactic heroes who saved the galaxy from getting destroyed at the hands of Ronan the Accuser and Ego in the previous installments.

As per the expectations, the upcoming film of Marvel should deal with the adverse actions taken in the Avengers: Endgame. In that flick, the Guardians helped the Avengers in defeating Thanos. Then, they left them to explore the galaxy. It should start a new cosmic age for the MCU.

Director Gunn had previously hinted that character Adam Warlock would be the next big bad in the upcoming film. Also, it would feature the return of character Ayesha. Besides all of it, this film should wrap up this version of the team.

It will also have to deal with the aftermath of the death of lead character Gamora. However, her time-displaced version would be present somewhere in the galaxy and some point in time. The Guardians may look for the younger version of the assassin. Patt has given a hint that we may get to see Star-Lord once more.

If it happens, it would affect the storyline of the film in some manner for sure. Gunn revealed that he liked writing Nebula and Rocket in the script. But, he also promised that something good is coming for Quill, Mantis, and others too. Their arcs take place over the course of three films instead of individuals.

We may get to see Thor in action in the next chapter. There are endless possibilities to talk.

Will Thor be in Guardians of the Galaxy 3?

Chris Hemsworth’s Thor left Avengers and went with the Guardians. The actor seemed interested to reprise his role in the sequel. Irrespective of whether he would be dropped off in the galaxy or would be seen in the upcoming GotG3, it would still remain interesting to see him in Thor 4.

The writers of Endgame have hinted that they didn’t consider Thor shifting back to the perfect physique as he had in the past, for quite a time. So, we could still him in a beefier look which he picked up at the end of Endgame. Writer Stephen McFeely said that shifting him back in the previous physique immediately would treat his look like a joke.

Thor will still remain a hero because he can still call the lightning and both hammers. They would twist his beard into a braid and put a suit on him. The writers have emphasized that they don’t like to treat his fat like the issue he needed to get over, and now he needs to go on a diet.

What is happening with James Gunn?

It hit us as a surprise when the director Gunn was sensationally fired. Actually, his 10-year-old tweets filled with dark jokes about child abuse and rape resurfaced. However, he was then re-hired soon. Walt Disney Studios Chairman Alan Horn said that his offensive attitude and statements are indefensible.

Following this, the cast signed an open letter to ask Disney to re-hire him. It was a second surprise when Disney unexpectedly reinstated him. Gunn said that he feels grateful to every person who supported him during that time. After getting re-hired, Gunn expressed his happiness to continuing working with Disney.

In an interview with Deadline, Gunn said that if he hadn’t been reinstated, it could have meant the end of his career. He, still, appreciated both the decision of Disney. Gunn also added that what he did in the past was unforgivable and felt bad for it later on. Also, he said that it was the support from the cast and his friends that helped him at that time.

Are there a Guardians of the Galaxy 3 script?

Yes, the script for GotG3 has already been completed. Actor Patt said that he has already read it, and it’s good. However, more recently, Sean Gunn, the brother of James, said that he feels like the script should be rewritten, and James may give it another pass.

Sean has played Kraglin in both the movies of Guardians and Avengers: Endgame. Also, he has done the motion capture work for Rocket and Groot.

Obviously, the film will bring back its lead stars – Chris Patt as Star-Lord, Zoe Saldana as Gamora, Karen Gillan as Nebula, Bradley Cooper as Rocket Raccoon, Vin Diesel as Groot, and Pom Klementieff as Mantis. Besides them, the coming back of Dave Bautista is highly likely.

Bautista has revealed that Disney doesn’t seem interested in a spin-off of his character Drax. So, he has been entertaining the offers from Disney’s arch-rivals DC. Chris Hemsworth is also expected to return as Thor who seemingly has joined the Guardians and now dubs them as the Asgardians of the Galaxy.

Who will be the ‘big bad’? Antagonist in Guardians of the Galaxy 3

Probably, it’s going to be none other than Adam Warlock. Gunn revealed that Guardians 3 will feature the Marvel Universe 10 years in the future. So, we would have another huge Marvel villain in the film at our hands. The probability is high for Warlock because Marvel boss Kevin Feige had spoken that Warlock won’t be until Guardians of the Galaxy 3 arrive.

Adam wasn’t a part of the Infinity War. Of course, he is in the comics. But, James liked the character and wanted to do a separate film with him. Also, Endgame was the wrap of all the stories that the series had picked up to that point in time. It is certain that James had ideas to introduce Adam in the first and second parts, but they might not have been that great. So, he might have dropped the idea.

Who is Adam Warlock in the Marvel comics?

Adam Warlock is a crucial part of the Marvel ‘cosmic’ universe. He is both a good and a bad guy. His dark side or say alter-ego is named Magus. He becomes a real danger when he gets his hand on Soul Gem – one of the Infinity Stones that Thanos had acquired.

Marvel’s Doctor Strange in the Multiverse of Madness Release Date, Cast, Trailer: Is There Gonna Be A Sequel To The Film?