Paatal Lok Season 2: Patal Lok is a crime-thriller Hindi web-series released by Amazon Prime Video. The much-anticipated show unveiled its first season on 15th May 2020. The first season of Paatal Lok garnered positive reviews from critics and fans are already wishing for the second installment. So we will give you insight on its Release Date, Plot, Cast, and much more.

The show is directed by Sudip Sharma and produced by Anushka Sharma, wife of Indian Cricket Team Captain Virat Kohli, and an established Bollywood celebrity. ‘Patal Lok’ means ‘netherworld’ or ‘hell’ in simple terms, and it is exactly what the web series showcases within its story-line.

Avid crime-drama fans are already tweeting about the show and comparing it to hit crime-drama shows ‘Mirzapur’ and ‘Sacred Games’. The show falls short in IMDb ratings, currently scoring 8.5 out of 10 while the other two have 8.5 and 8.7 respectively. (check: Most Liked Indian Videos on YouTube of All Time.)

Bollywood celebrities have also appreciated Sudip & Anushka for their efforts to put-out an extremely realistic thrill experience and give their blessings for Paatal Lok second season. (check: Most Disliked Videos On YouTube Of All Time.)

Will There Be A Season 2 of Paatal Lok?

Paatal Lok’s story revolves around an unambitious policeman Hathiram Chaudhary (Jaideep Ahlawat) who thinks his life is nothing but boredom, only until he discovers a high-profile case. To solve the mystery of a wrongfully conducted murder attempt of a TV journalist (Sanjeev Mehra) residing in Delhi, gone awfully wrong.

During the investigation, the police officer catches 4 convicts, while interrogating them he discovers dark truths of the society that he had foreseen previously. As the case progresses he rebuilds his confidence in himself and finds meaning in his life. That is to clear off the scum and dirt from the streets.

The audience feels like that the show ended too soon with just 9 episodes in the first installment. Fans are longing for the second installment of Patal Lok to release soon but we know the global pandemic of COVID-19 has halted all the production and shooting. Though a lead actor said the show is coming back soon.

Jaideep Ahlawat expressed strong possibilities of Patal Lok second season during an interview with PinkVilla. He mentioned, “Yes, there is a strong possibility of season two happening, more so, it could already be in the works. I have gotten a hint that Sudip has already begun writing its script. I wish it happens soon and I get to work again with my co-stars.”

The expected release date is mid-May 2021.

What is the plot of Patal Lok Season 2?

The first season has a conclusive ending with Hathiram finding the culprit who made the assassination attempt and putting him behind the bars. From here, the plot can head in two directions, one is Hathiram gets assigned with another twisted murder or attempt to murder case; the second possibility could be Sandeep Mehra getting exposed by Sarah Mathews, as Jaideep Ahlawat still is a lead character of series, and more dark truths are revealed in progression.

Who is in the Paatal Lok season 2 cast?

For more updates regarding Patal Lok season 2, keep in touch with us. 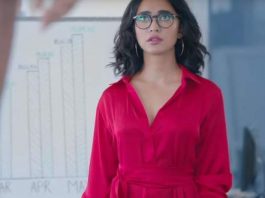 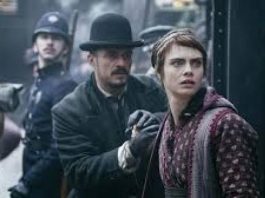 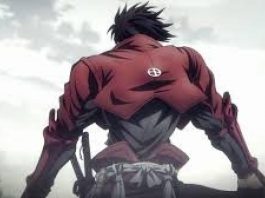