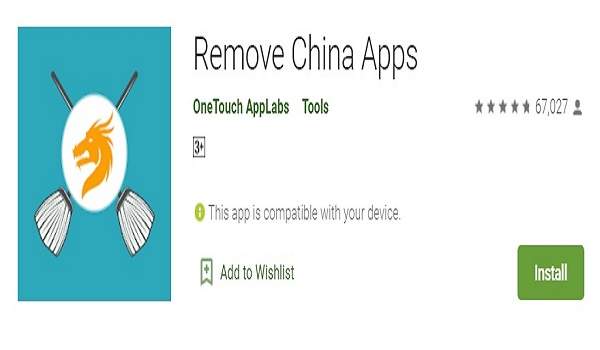 Now, after this coronavirus thing, people of India started boycotting Chinese products which I don’t know right or wrong. People showed some hate to Chinese products and services to a small extent.

But recently, due to the controversy commonly known as YouTube vs TikTok, it again spread hate against China and TikTok. This is so because the app is owned by some Chinese companies.

Not only this, but Sonam Wangchuk also requested everyone to boy cot Chinese apps and devices as soon as possible. And in-directly help the Indian Army at the borders with China.

USE YOUR WALLET POWER#BoycottMadeInChina #SoftwareInAWeekHardwareInAYear to stop Chinese bullying in Ladakh & eventually to liberate the 1.4 Bn bonded labourers in China, as also the 10 Mn Uighur Muslims & 6 Mn Tibetan Buddhists.
Click this link to playhttps://t.co/ICjRQJ2Umf pic.twitter.com/lpzAXxARPj

However, this resulted in more boycotting of Chinese products and services. So, the majority of Indians want to ban the TikTok app and eventually rated the app very low on the Google Play Store.

But due to some Google Play Store policies, those hateful reviews and ratings were removed by the concerned authorities. After seeing this, citizens of India just want to remove each and every China-based application and services.

The OneTouch AppLabs jumped into this and created an app known as ‘Remove China Apps’ and within a month has been able to get 1M+ downloads. The app is available on the Google Play Store to download for free.

How to Download ‘Remove China Apps’ from Google Play Store? 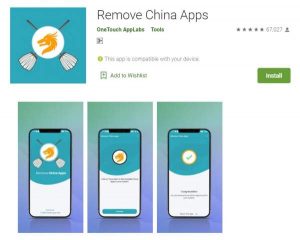 How to use ‘Remove China Apps’ on your smartphone?

The developer of this app is working on a new update to identify China apps more quickly and easily. The app developer is getting the benefit of the latest trend of boycotting Chinese products and services.

How to Get Samsung Paid Themes for Free