Yeh Hai Mohabbatein 3rd May 2016: In the last episode Romi saved Mrs. Bhalla from police and said he reduced favors from him and taunted on Raman for not being there. Shravan called from Abhishek’s phone to Adi and asked him to come alone as his parents didn’t love him and he took Bala on the conference and let him listen to that. Ishita has tensed for Shravan then Mani convinced her to visit Delhi with him.

Adi explained Shravan that someone had been fooling him with her name. But he showed him her chat and said she’s in Delhi for the shoot. Adi asked about the man who saved you. Abhishek hides his face Adi and Shravan thanked him. He told them he can help exposing imposter as he had friends in cyber cell. They thanked him and left. Abhishek said Adi is exactly like Ishita JI concerned for all.

Adi gets Shravan back and Vandhu hugged Shravan and thanked Adi. Mrs. Bhalla came clapping and taunted for not behaving well with their son. Simmi came and said Bhallas always knew relation but Iyers ran from them like him and Ishita. Mrs. Bhalla stopped her and left. Bala thanked Adi. He requested not to thank him as he just did elder brother’s duty and hugged him and left. Vandhu cried and said she’s worst mother. Bala consoled her and said children do these things.

Mihika informed Ishita that Shravan had been found and everything’s fine. She said she was about to leave for Delhi and relaxed to hear that. Mihika insisted her to come and said her marriage would happen in Delhi only. Ishita agreed and said everything must be hidden and said she would stay at Mani’s house in Delhi.

Ishita landed in Delhi and then somebody hit the car and driver fought to him seeing them Ishita recalled she was asking for ice cream from Raman and he hit the car and she laughed and asked him to drive. Aliya asked if she enjoyed drivers fight? She said she had many memories whom she was enjoying. Mani resolved the matter.

The driver said they would take U-turn. Bala discussed that they didn’t understand Shravan and even he did mistake so, we had to do something to make him realize instead of pampering. Vandhu said she remembered what Ishu went through when Pihu was separated. Adi heard them and said he came to meet Shravan. Bala asked him for food and send to talk.

Adi saw Shravan texting that he would come and meet her. Adi got angry and said he wouldn’t leave imposter if found. Mani asked Aliya to stop chatting and fresh herself. Adi told him that if she would message they would trace IP address and would meet her and asked for the phone. Shravan liked the idea and gave the phone. He texted her from Laptop.

Ishita saw Aliya’s phone and read guy would suicide if she wouldn’t come. Ishita said how could someone suicide and texted him that she couldn’t and asked for his number. Ishita called him and asked about the message of suicide. He said he was chatting to Alia Bhatt. Ishita cleared she’s just Aliya, not any Bhatt and asked what’s his age? He replied 15. Ishita scolded her that it’s his studying age.

She asked him to think of parents. He said they didn’t love me either and not everyone had loving parents. She said all parents love their child and asked him to call his mom and asked if she loved him and call her back what she replied. He agreed. 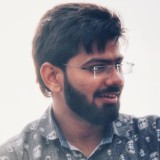 I'm an entertainment lover, traveler and loves to read and write on latest news and stories across the globe. I've 6 years of journalism experience and currently settled with The Courier Daily (TCD) as a full time journalist and content writer.